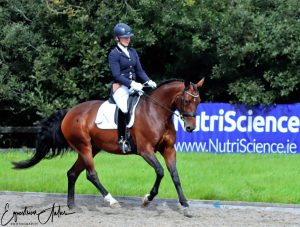 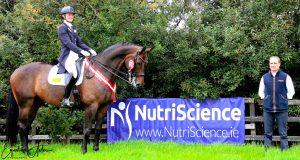 The South East Region of Dressage Ireland held it’s Summer Festival recently, which ran over 2 days and took place at Spruce Lodge in Co. Wicklow. NutriScience Equine Supplements were title sponsors of the show, a first for the global nutraceutical company which has it’s manufacturing base in Waterford. NutriScience generously offered a prize fund worth €1,500 and the festival held the first Grand Prix Special class ever hosted on Irish soil.

The Big Tour winner was Carolyn Mellor and VSH Gourerneur M while the Small Tour honours went to Sive Kearney with her horse Rob Roy.

There were lots of very happy winners throughout the whole weekend and well done to all competitors for a great display of competitive dressage action. Well done to all the organisers of the show; it was a great weekend of competition especially in these unprecedented times. NutriScience Equine were very proud to support such a successful event and the wider dressage community in Ireland.

Breeding Season Covid-19 Equine Gold Foal Foaling Season Horse Owner Mare NutriScience
We use cookies to ensure that we give you the best experience on our website. This includes cookies from third party social media websites if you visit a page that contains embedded content from social media. Such third party cookies may track your use of the NutriScience website. We and our partners also use cookies to ensure we show you advertising that is relevant to you. If you continue without changing your settings, we'll assume that you are happy to receive all cookies on the NutriScience website. However, you can change your cookie settings at any time. Visit http://www.allaboutcookies.org/ for more information.Ok