The NutriScience Thoroughbred class at this year’s Stepping Stones League in Wexford Equestrian Centre has reached a successful conclusion. 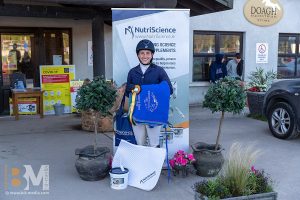 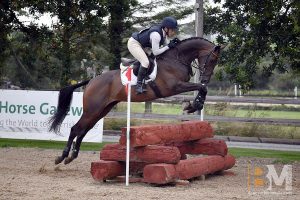 NutriScience were very proud to be title sponsor of the Thoroughbred class at this year’s Stepping Stones League in Wexford Equestrian Centre. The league ran over 4 consecutive weeks in July and August culminating in the final on 18th August. The competition was very strong throughout the league so there was plenty to play for going into the final. It was a competitive affair and it was Leila Barker who came out on top on the final day. She had been constantly placed throughout the duration and managed to win on the day and top the league table in one! Leila rode Double Sixteen who is a 5-year-old gelding by Robin Des Pres out of Azaria (by Fruits of Love). Double Sixteen ran in four point-to-points for Mrs Prunella Dobbs as a four-year-old before changing careers earlier this year. The Stepping Stones League provides such a good opportunity for ex-racehorses to try a new career and Double Sixteen encapsulates the concept completely. It will be very exciting to follow him and Leila on their eventing career after achieving this amazing result. Thank you all those who competed in the league and made it a great competition. NutriScience are delighted to have supported such a fantastic class and proud to be associated with the Stepping Stones League for 2020.

Breeding Season Covid-19 Equine Gold Foal Foaling Season Horse Owner Mare NutriScience
We use cookies to ensure that we give you the best experience on our website. This includes cookies from third party social media websites if you visit a page that contains embedded content from social media. Such third party cookies may track your use of the NutriScience website. We and our partners also use cookies to ensure we show you advertising that is relevant to you. If you continue without changing your settings, we'll assume that you are happy to receive all cookies on the NutriScience website. However, you can change your cookie settings at any time. Visit http://www.allaboutcookies.org/ for more information.Ok